Remove David Koch from the Board of Trustees at WGBH 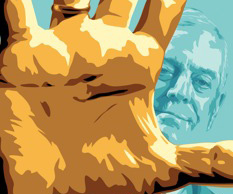 David Koch, the oil and gas billionaire who has spent millions funding climate change denial, does not belong on the Board of Trustees at Boston's PBS affiliate, WGBH.

WGBH is the largest producer of national content for PBS, including the science program NOVA. David Koch has donated millions to climate change denial think tanks, proactively seeking to misinform Americans and undermine accurate scientific reporting. Someone with his anti-science track record should not have any role overseeing NOVA, or any other WGBH programming.

Until recently, David Koch also sat on the board of WNET, New York City’s PBS affiliate. While he was on the board, Koch was offered an opportunity to write a statement rebutting a film that criticized Koch's wealth, and WNET televised that statement immediately after the broadcast—an unheard of consideration. Not only that, the agency of public television ITVS pulled its funding from another film that featured David and Charles Koch, "Citizen Koch", apparently due to concerns that it would upset WNET and David Koch.

This clear example of how Koch’s oversight can lead to journalistic self-censorship, together with Koch’s long history of devoting millions to misinform Americans about climate change, can only lead to one conclusion: David Koch does not belong on the WGBH board.